Faith, Trials
**This post may contain affiliate links, which means if you purchase something through one of my links, I may receive a small commission with no extra cost to you. For more information, see my disclosures here. 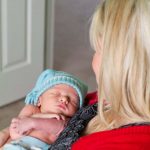 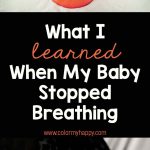 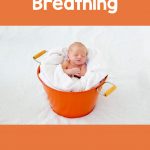 When my son was just three weeks old, I experienced a very scary moment that left me terrified. I didn’t know how I would ever let go of the fear of losing him. But I did. Finding strength during trials isn’t easy, but it is possible. Here’s what I learned. 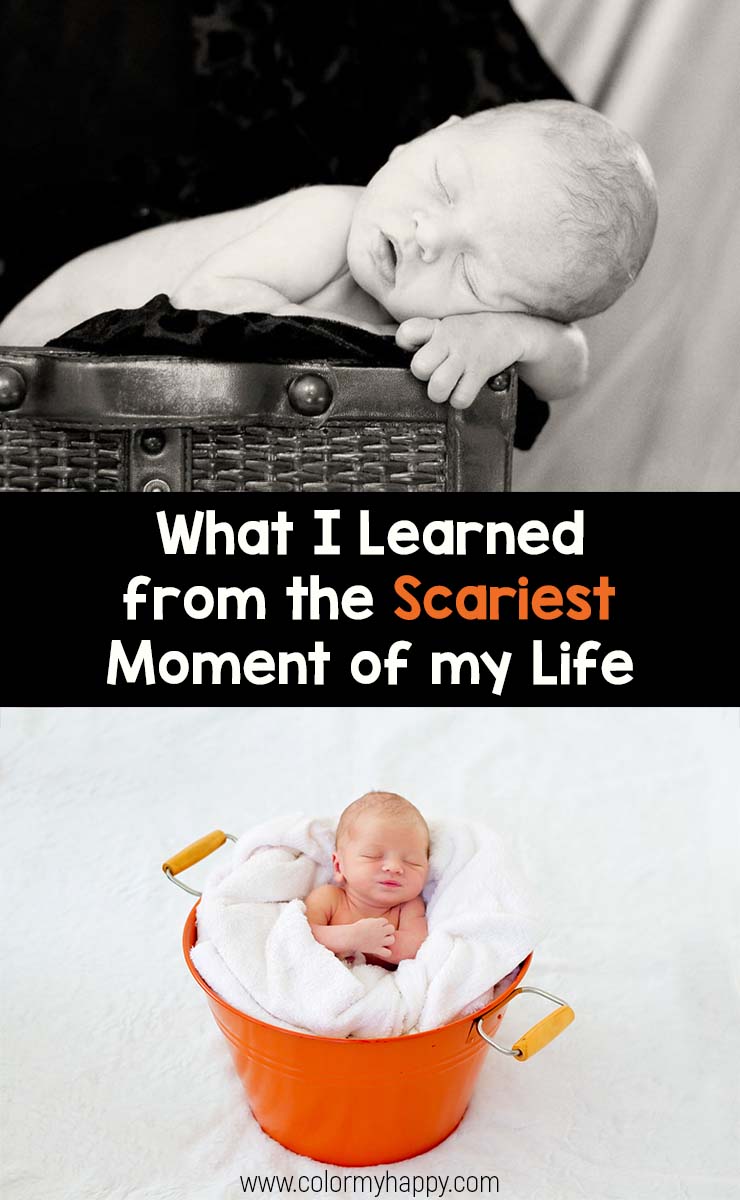 After I found out I was pregnant with my first, I had my fair share of nightmares.

Then I got in car crashes and lost him.

Next he was born stillborn.

Then he was born with major health problems.

After that, he got stung by a scorpion in his crib.

And then he choked on his spit up and stopped breathing. Only this time, it wasn’t a dream. It was real.

Watching Our Kids Go Through Pain

The day before, I’d found out he had gastroesophageal reflux disorder (GERD). He was fine. We got him on some meds, but basically he cried a lot–especially after feedings–because he was in pain.

As a parent, it’s so hard to watch your kids cry because they’re hurting. You want SO badly to be going through the pain instead of them. But you have to sit there and watch them suffer. And hold them tight, trying to make it all better, even though you can’t.

With the GERD, he spit up a lot. And because his tiny throat and nose were so close together, he tended to spit up through his nose. He was always fine. We’d had a couple slightly scary times, but nothing too big of a deal. We were always able to clear it out quickly with a bulb syringe.

But one day after I fed him, I settled him angled upright as instructed to do after he ate. I wanted to make sure if he spit up, he’d be fine. A little while later, he got fussy. I picked him up and cradled him in my arms. Finally, he fell asleep. A few minutes later, I heard him spit up. I sat him upright and grabbed his burp cloth to clean him up.

When I looked back down at him, I noticed he wasn’t breathing. I began to pat him on the back. He still wasn’t breathing. I reached over to my nightstand to get his syringe to clear out his nose passageway, only to find that it was gone. I glanced at the floor and saw it ripped to shreds by my dog.

By this point he was purple and I was becoming hysterical. I kept imagining the worst. I thought I was going to watch my sweet, three-week-old son die in my arms. I searched through my diaper bag, found the safety kit, unzipped it, pulled out a second syringe–all while still patting him on the back. Then I tried to use the syringe, only to realize it was a cheap one that didn’t work at all. I continued to pat his back and prayed like crazy. Finally, he coughed and started to breathe again.

And then came the tears.

From both of us.

I immediately called my husband bawling. He soothed me as I soothed our son.

For weeks, I couldn’t get the look on my son’s face out of my mind. It kept replaying over and over again. It was easily one of the scariest things that has ever happened to me–if not the scariest.

Some will end with the worst possible scenario we can imagine. Some will be so difficult we’re sure we won’t be able to pull ourselves out of them, to take another step forward. I don’t want to speak to those scenarios, since that wasn’t my experience. I can’t tell that story and I’m not going to pretend that I can. If that’s your story, my heart goes out to you.

The Lesson I Learned

What I learned from my experience is this: we’re stronger than we think we are. After this experience, I was terrified to be alone with my baby anymore. What if it happened again? What if the syringe was elsewhere and I couldn’t get to it while still patting his back? What if I wasn’t able to get him breathing again? What if I lost him?
But the fact of the matter was, I had to be alone. My husband had to go to work. My mom couldn’t be with me all the time. And as much as I wanted to be surrounded by a million people all the time, that just wasn’t realistic.
I had to let go. I had to trust my own abilities. I had to put my faith in God, trusting that everything would work out as it was supposed to.

And with a lot of prayer, I was able to do just that. I took a deep breath, I gathered up all my strength, and I prayed with everything I had for Heavenly Father and Jesus Christ to fill in the gaps.

With our Father in Heaven and our loving brother, Jesus Christ, by our side, we can get through hard things. All we have to do is try our best, even if our best is barely being able to get out of bed. We give what we can, then pray, and He will fill the gaps. He’ll send the strength we need to keep going. Christ will carry us until we can stand on our own two feet again.

So if you’re going through something tough, lean on Him. Give Him your best, however simple that may be, and let Him carry you through. He’s always there for you. Let Him in.

If you need some more inspiration for hard times, check out these posts:

Britney is a wife and mom with a passion for helping other women see the good inside of them. She loves podcasts, polka dots, and dancing around the kitchen with her family.
April 22, 2019 by Color My Happy | 0 comment

This site uses Akismet to reduce spam. Learn how your comment data is processed. There are thousands of things you can do next week

It feels REALLY good to cross something off your t

Beating yourself up over not doing enough doesn’

Only add things to your daily to-do list that real

Drop a 😅 below if you ever feel this way! A fe

Color My Happy is a participant in the Amazon Services LLC Associates Program, an affiliate advertising program designed to provide a means for sites to earn advertising fees by advertising and linking to amazon.com. As an Amazon Associate I earn from qualifying purchases.

This website uses cookies to improve your experience while you navigate through the website. Out of these, the cookies that are categorized as necessary are stored on your browser as they are essential for the working of basic functionalities of the website. We also use third-party cookies that help us analyze and understand how you use this website. These cookies will be stored in your browser only with your consent. You also have the option to opt-out of these cookies. But opting out of some of these cookies may affect your browsing experience.
Necessary Always Enabled
Necessary cookies are absolutely essential for the website to function properly. This category only includes cookies that ensures basic functionalities and security features of the website. These cookies do not store any personal information.
Non-necessary
Any cookies that may not be particularly necessary for the website to function and is used specifically to collect user personal data via analytics, ads, other embedded contents are termed as non-necessary cookies. It is mandatory to procure user consent prior to running these cookies on your website.
SAVE & ACCEPT